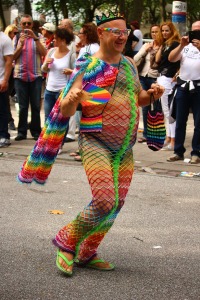 More than once in the very recent past I’ve seen an online comment featuring some variation of the “I don’t care what people do in their private life as long as they’re not all up in my grill with it” sentiment. In other words, “I don’t care if you’re gay, as long as you’re not all gay about it.”

Just today I was told, “You want to talk about the gay stuff be gay don’t flaunt it.” Despite the lack of punctuation, I understand what he’s saying. And I also don’t. I can see how some people would consider our Pride Parades flaunting it. I mean, some of the entries can be fairly outrageous and might be shocking to the heteronormative community. And perhaps two fellows dressed in assless chaps and short-shorts making out in the Home Goods section of the Boise, ID Wal-Mart would also be seen as flaunting it.

END_OF_DOCUMENT_TOKEN_TO_BE_REPLACED 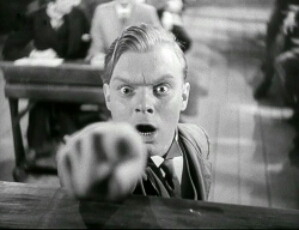 I’ve admitted previously that I’m not a very good lesbian. I don’t watch Orange Is The New Black, I’m not sure what comes after LGBT in our acronym and I don’t drive a Subaru Outback. END_OF_DOCUMENT_TOKEN_TO_BE_REPLACED

The Writing Challenge Of Indeterminate Duration – Day 12
The toy you most treasured.

I still have the first toy I ever got. I don’t remember much about getting it because I had just been born that morning and was more concerned with why I was no longer in the warm, floaty place and the manner by which I’d been extracted. Seriously, if you’re go to the trouble of putting in an exit, make sure it’s big enough to actually fit through. END_OF_DOCUMENT_TOKEN_TO_BE_REPLACED 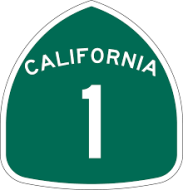 It’s the first day of the WCOID (Writing Challenge of Indeterminate Duration), and I’ve neither quit nor made up any excuses that would allow me to postpone the start date; so I’m feeling pretty proud of myself right about now. But I have been thinking about what I’ve gotten myself into, because I had a little panic surge when END_OF_DOCUMENT_TOKEN_TO_BE_REPLACED

I have been somewhat taken to task by a reader who felt a recent post wasn’t quite up to snuff for an “apparently queer blog.” But before I begin, I want to clarify that this isn’t a rebuttal-slam post. The comment simply set my noggin wheels to spinning and this is a product of that spin cycle.

I also want to make it clear END_OF_DOCUMENT_TOKEN_TO_BE_REPLACED 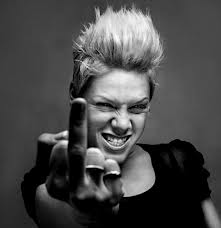 Earlier this summer former-Cosby kid Raven Symone revealed that she is gay, which I mention only because a couple of days later Pink went public with the news that she is not gay. I have mixed feelings about the whole celebrity-sexuality announcement thing – on the one hand I think it’s great END_OF_DOCUMENT_TOKEN_TO_BE_REPLACED