Full disclosure: I originally wrote this for another writing platform I’ve been experimenting with, but it wasn’t getting a lot of traction there. And, attention-seeker that I am, I just wasn’t having that! So, I decided to share it here with you, my faithful Baronettes, who I know will appreciate it and give me the Like and Comments I so desperately need. 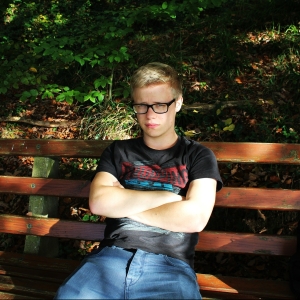 For those not in the know, that stands for Lesbian, Gay, Bisexual, Transgender, Queer, Questioning, Intersex, Asexual, Pansexual, and Polysexual. And, of course, the little “+” means there are still more orientations and genders not represented in the alphabet soup we’ve become.

I may be the “L,” but I don’t know what it’s like to be the “B.” From what I understand, people of the bisexual persuasion often feel excluded from both communities in which they have a foot because the LGBT-blah-blah-blah folks don’t think they’re queer enough, while the heteronormative population feels they’re just a little too queer.

I’m going to talk about the community to which I belong, but I’ll be generalizing heavily because I don’t want there to be any assumptions that I think I know what a trans person experiences or what it’s like to be intersex.

So, what I’ve been thinking about is the degree to which rejection plays a part in making us feel like we belong. I’m not talking about romantic rejection, I’m talking about being rejected by society or the church or our families because we are LGBTQ+. And, to further clarify, I don’t classify murder and violence as “rejection.” Those are crimes.

I mean the everyday type of stuff. The vaguely (or blatantly) homophobic remarks on social media, the disapproving looks from strangers at our displays of public affection, the warnings from concerned religious friends about the safety of our souls, the consistently skipped promotions, the shouts of “faggots!” or “dykes!” from a passing car full of bros, the gay jokes told in our presence by those who don’t realize we’re the butt of such jokes, the declaration of something unpleasant or ridiculous as being “so gay,” the refusal of a baker to make our wedding cake and the myriad other slights and jabs that remind us we’re still unequal, second-class citizens in the eyes of far too many.

But what if we weren’t? What if one day it just all went away? What if rather than stirring controversy and prompting haters in Boston to organize a straight pride parade, gay pride became universally celebrated and its parades were attended by suburban families and church groups? What if a man kissed his husband at Disneyland and declared his love and the whole crowd around them went, “Awwwww!” instead of sneering or looking away uncomfortably? What if we displayed pictures of our partner on our work desk at Conservative Co., Inc. and still got those promotions we deserved?

Sure, on the one hand, it would be amazing. Confusing, but amazing. But on the other, I think it would cause us to lose a great deal of what gives us such a sense of solidarity and belonging. We like to think, and to say, that our sense of community comes from the fact that we all exist under the same big LGBTQQIAPP+ umbrella. But I think a great deal of it comes from the shared experience of pain and rejection.

But what about the shared experience of being LGBTQ+? Well, stripped of discrimination and bigotry, being LGBTQ+ is just as normal and (sorry heterosexuals) boring as being straight. What sets us apart isn’t who we love or how we identify, it’s how we’re treated by those around us. If we weren’t treated as though we were different, we wouldn’t feel different, and wouldn’t have the need to gather together for comfort, safety, and belonging.

I have green eyes, but I don’t feel any particular affinity with other green-eyed people because there’s nothing to bring us together. I can’t shake my head and commiserate about the way things are and bond over shared experiences. I was just born with green eyes and it’s no big deal.

So, what I’m saying is that if all the discrimination and rejection went away, being LGBTQ+ would (finally) just be the way we were born and no big deal. No more gay clubs, no more parades, and June would just be June. Why have special bars and marches and months for something so mundane?

And I think that’s when we’ll know that we’ve made it. It might feel like recognition to be given a whole month to celebrate and say, “Hey! Look at us!” But what it really represents is that we’re still different and marginalized. When the parades go away and the bars all close and June is gifted to some other group, that will be our true recognition.