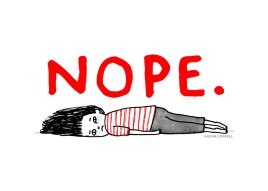 All things considered, when it comes to a lack of mental wellness, I could have done a lot worse. There are no voices telling me what to do, I’m relatively sure that everything I see actually exists and I consider being alive preferable to the alternative. Still, if I’d known the details of this whole bipolar thing, I might have signed up for something different.

For those not acquainted with it, there are two types of bipolar disorder. Bipolar I is the more severe form and is marked by very high highs and very low lows, and sufferers can slam back and forth between the two fairly regularly. Then there’s Bipolar II, which is the lucky ticket I drew. Our highs are not as high and our lows not as low, and we tend more to depression than mania.

Although, and perhaps because, we’re not as maniacally manic as our Bipolar I brethren, the hypomanic intervals can be fairly awesome. Have you ever woken up to a beautiful day, where the possibilities seem endless and you feel like you can take on the world? Take that feeling, crank it up a couple of notches and throw in a healthy dose of disorganization and you have an idea of what my episodes are like.

In my case, I’m always getting ready to get ready. Whatever my current inspiration might be, everything has to be perfect for me to begin. Generally, this led to a lot of buying and not so much doing. Once I was going to learn how to play the harmonica, so I now have over a dozen harmonicas and no ability to play any of them because I had to have the right one, the best one, the perfect one in order to get started. I also have quite a few chisel sets from when I was going to make woodcarving my hobby, and my decision to devote my spare time to stop motion animation means I have a far larger collection of fully articulated action figures than most women my age.

Remember that beautiful day where you held the world in your hand? Now wake up one day and find it gone. All of your big plans and great ideas become insurmountable obstacles, that thing that was going to be your thing now hardly holds your interest.

And the thing that really pisses me off, is that it’s not just depression. I’m fairly introverted and am more than comfortable being alone, so feeling unmotivated and not leaving the house for a few weeks is something I can handle. The symptom no one warns you about is the anxiety.

Everyone is familiar with anxiety to some degree … a performance review at work, a first date, April 15th, a job interview … all of these things can be anxiety inducing. But once the inducer is over, the anxiety goes away.

The anxiety I’m talking about is non-specific. That feeling of being unstoppable is replace by a feeling of overwhelming dread… for no good reason! Mine feels like a combination of fear, guilt, homesickness, paranoia and doom. It makes the simplest thing, like opening the mail or answering the phone, nearly impossible.

I used to get mad when people would give me advice that they’d obviously picked up from some credible source, like an embroidered pillow or a Facebook status, but now I know that they just don’t understand. And I feel terribly fortunate that I’ve got a few good friends who don’t take it personally when I don’t return calls. It’s not that I don’t want to talk to anyone, it’s just that I feel like I might die if I have to pick up the phone.

Although writing a blog post is one of the things that might kill me during times of high anxiety, today I started feeling the twinges of an attack coming on and I’m fairly desperate to knock it down before it blooms. Writing is something I do when I’m in a good space, so I’m hoping that doing one of my positive activities when I’m teetering on the edge, might just be the thing to shove me out of the way of the anxiety train before it’s too late.

I don’t have to walk in another person’s shoes to know that there are those far worse of than I in a multitude of ways. I’ve weathered these episodes in the past and I assume I’ll weather them in the future, maybe the very near future. So logically and rationally and reasonably I know it’s not the end of the world … it just feels like it is.