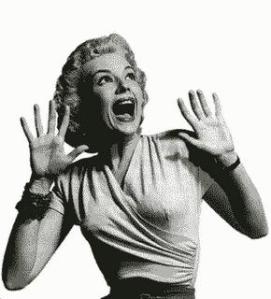 There are scads of law enforcement professionals dedicated to the capture and prosecution of killers because, while we don’t agree on much, people, as a whole, seem to think killing each other is bad. So bad we’ll spend untold sums and devote countless man hours to catch the killer of just one person. We’ve developed technology so advanced and sophisticated, the Law & Order: SVU

team can solve a complex sexual-homicide in just one hour … and that’s with commercials! So with all the interest, resources and gadgetry devoted to catching killers, it only makes sense that some will be caught.

What doesn’t make sense is how easily some of them are caught. To be fair, I’ve never murdered anyone, and I imagine it’s fairly stressful and there are a lot of things to remember. However, never having committed that crime, nor any other where I was sober enough to have been expected to get way with it, I have a pretty good idea of the things that would be on my how not to get caught list. And it isn’t because I’m smarter or more clever than the average criminal – although, I do like to think I’m funnier and would just be a hoot to have as a celly; it’s simply because I watch TV.

Specifically, I watch Investigation Discovery (ID). Or, as I like to call it, The Murder Channel. This basic cable channel currently has fifty-six shows in its line-up, thirty-two of which are specifically about murders and eight that are mostly about murders, and sometimes other “horrific acts of violence.” That’s forty hours a week of murder programming, the watching of which is equivalent to having a full-time job. So killers may not be dumber or less bright than I, but they’re certainly lazier because they’re obviously not taking advantage of the free, in-depth education offered by The Murder Channel.

In almost every episode we’re given insight into the latest advances in investigative techniques, forensics and criminal profiling. Yet time and time again we see killers doing the same things wrong, from leaving fingerprints and DNA strewn about like dirty laundry in a dorm room to not digging holes deep enough. Hello murderer!? Where do you think the term “shallow grave” comes from? It comes from people like you getting caught, Genius!

Speaking of which, despite having visited both the Angeles National Forest and areas of the desert outside Las Vegas, both notorious dumping grounds for dead bodies, I’ve never stumbled across a shallow grave. I don’t know anyone who has. But I’ve been in clothing stores, hundreds of them; and I’ve seen mannequins, thousands of them. And I’d hope that were I ever to discover the bloated and decaying corpse of some unfortunate murder victim, half-hidden under dirt and foliage in the woods, my first reaction, as seems to be that of so many interviewees on murder shows, wouldn’t be, “Why looky there! A mannequin!” But if it were, then I should probably start shopping at different stores.

But I divigate, so back to our subject…

Other common mistakes include killing one’s spouse and not having a good alibi. Everyone knows the husband or wife is always the first suspect; so you can’t claim you were out of town then have surveillance video of you showing up, buying potato chips and beef jerky at the local mini-mart around the time of the crime. If you’re going to try and make your murder look like a suicide, make it plausible. Don’t deliver a shotgun blast to the back of the head then carefully place the weapon in your victim’s hands and walk away whistling innocently, thinking the police won’t know that blowing one’s own brains out from behind the back is an impossible trick shot. And plan ahead! Bring a tarp, duct tape, saw, rope and whatever else you’ll need to dispose of the body along with you. Detectives are always finding Home Depot receipts for such purchases in the perp’s car, time and date stamped for just after the murder. From what I gather watching these shows on ID, killer’s cars are a veritable treasure trove of incriminating receipts. In fact, if you ever get into someone’s car on a first date and start noticing store and ATM receipts tucked into the glove box and door pockets, and poking out from under the seats, run! You’re probably dating a murderer.

Aside from leaving too many clues and/or bodies lying around, perhaps the biggest rookie mistake people make is committing their murder with a partner. Anyone who watches these shows knows that as sure as pedophiles love iced tea and cookies, your killing-cohort will always believe the detective who say you’re “rolling over on him/her in the next room” and will give you up. It’s as old as good-cop/bad-cop and yet it works every time. If you learn nothing else from ID, learn this: work alone and lawyer up.

Oh. And trust no one. Because Investigation Discovery has also taught me that if you’ve ever pondered the question, “I wonder how I’m going to die?,” the answer is probably murder.

Based on The Murder Channel’s programming, everyone will kill you:

Apparently, the only ones who don’t want you dead are babies. And my guess is that’s only because they can’t hold their own heads up yet and aren’t tall enough to stab anyone above the knee-caps. But I’m willing to bet it won’t be long before a couple of dark and troubled toddlers, whose parents just don’t understand them, find each other at a preschool in a small town where “things like this just don’t happen” and we end up watching the most disturbing episode of Wicked Attraction yet.